The Capital City Rescue Mission was started in 1949 to provide food, clothing, shelter and gospel services to the homeless in Albany, N.Y.  Although its start was similar to that of hundreds of mission shelters throughout the United States, the Capital City Rescue Mission has evolved into a place of transformation: it transforms the men, women and children it serves in its complex of buildings, and it has transformed the neighborhood in which it is located. 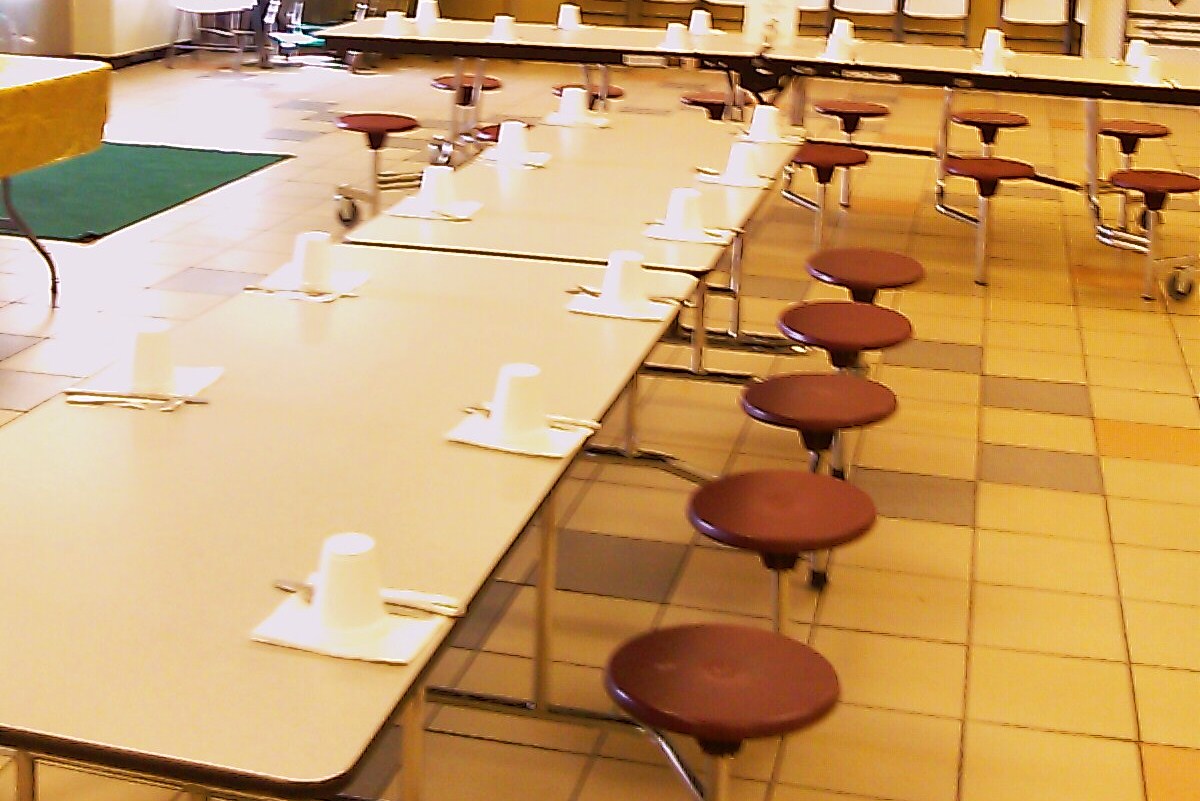 I visited the Rescue Mission yesterday on a trip arranged by Pastor Greg Dyson, who initiated Springfield’s Monday night volunteer street outreach to people who are homeless.  Joining us were Doreen Fadus, director of Health Care for the Homeless; Jim Munroe, dean of Christ Church Cathedral; and Pat Murray from Nehemiah Ministries.  As our trip got under way, Greg said it was a Vegas trip, as in “what happens in Vegas stays in Vegas”: you’ll have to hang around these ministers to hear the stories that followed!  The purpose of our trip was to see a very high-quality program and services for people who are homeless.

In a series of contiguous buildings, the Capital City Rescue Mission houses a number of programs: emergency shelter (60 beds, plus up to 30 overflow mats per night); a day sitting room and outdoor courtyard; a Voluntarily Extended (VE) 90-day stay program; the New Life 9-month recovery program; and New Faith Family Center Program, serving up to 35 women and children who stay 1 to 1 1/2 years.  Open 24 hours a day, the Mission serves four meals and 2 snacks a day (two seatings for lunch), and includes a medical clinic, a chapel, a computer/learning lab, and “Blessingdale’s”, a clothing distribution center that serves both residents and the local community.  The Mission is supported by individual contributions and foundation grants; it does not seek or accept government funding. 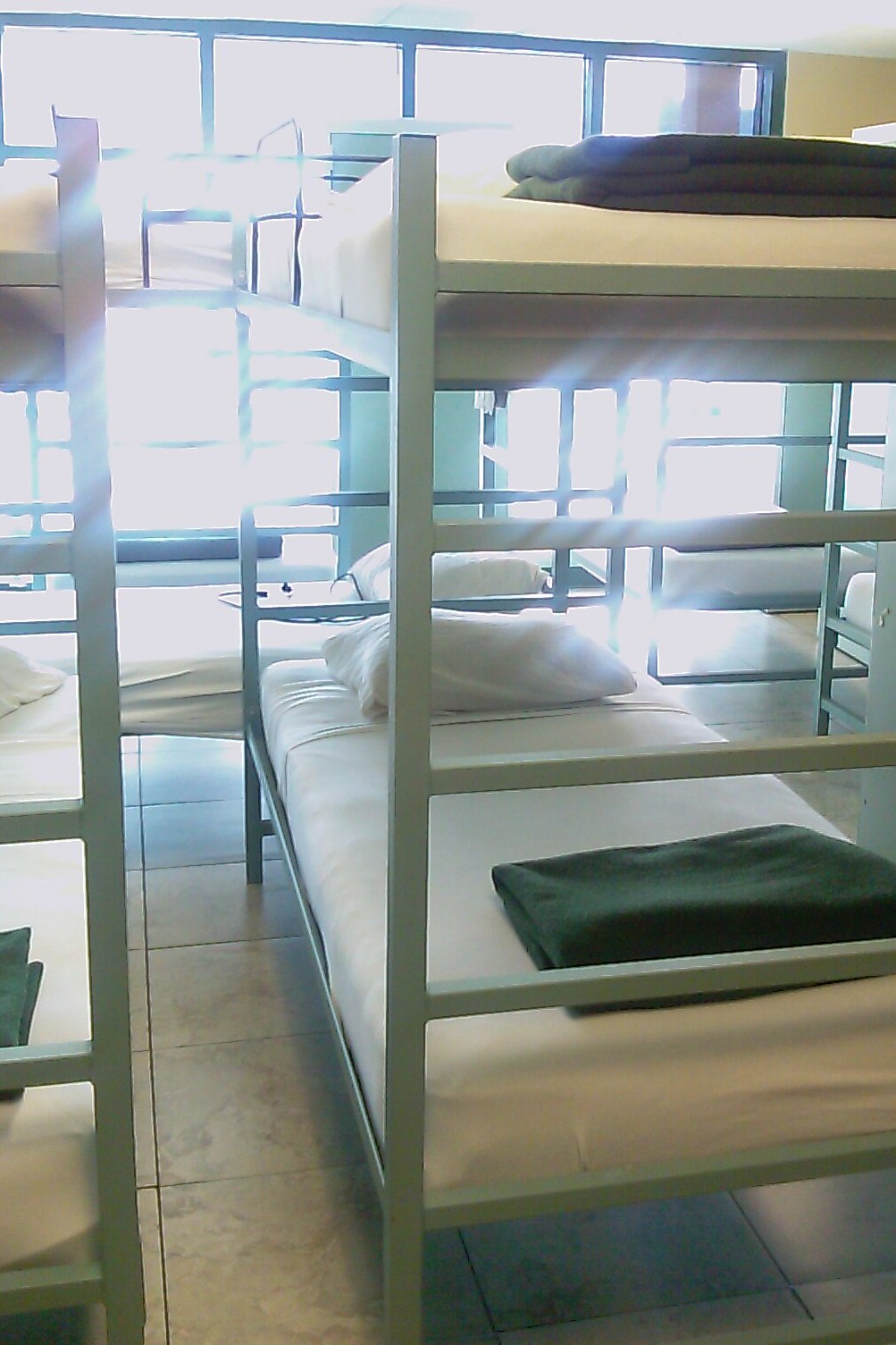 The Capital City Rescue Mission is the primary shelter in Albany, NY (population 90,000), and it serves 3000 guests per year for sleeping.  Given the size and volume, the facility is remarkable for its cleanliness and order.  Executive Director Perry Jones gave us an extended tour, and it was clear to me that the condition of the facility flowed from his respect for the residents, as well as the desire to create a place where order would ensure a feeling of safety and would support people in progressing to their next step of their lives.

Half of the 40 staff members are people who came from the program, and who seem to view their work as a way to give back.  Perry told us some heart-breaking stories.  One staff person, previously a firefighter in Connecticut, became addicted to painkillers and then heroin after a back injury.  He had overdosed in his pickup truck in a parking lot.  Emergency responders to the scene included his adult son, also a firefighter, who administered CPR to his Dad after finding him in the truck with a needle in his arm.  The Dad is now sober and running the Mission’s learning center.

The Mission allows anyone a 30-day stay.  After 30 days, guests must either leave for 30 days (to stay at a different shelter) or become Voluntarily Extended (VE).  VEs typically stay 90 days, but this is somewhat open-ended, as long as the guest continues to do 4 hours of volunteer work per day.  The volunteer work varies, but included maintenance of the facility, including washing bed linens and making up all the beds each morning.  (Perry has found special fitted bottom and top sheets, which make it easy to make the beds, but also make it easy to have the beds looking crisp and fresh each day.  The look of the beds both enforces order throughout the facility, and also shows respect for the guests.)  Some VEs elect to enroll in the New Life program, 9 months during which they choose and confront their three biggest monsters (substance abuse and anger seem to be two of the biggest). 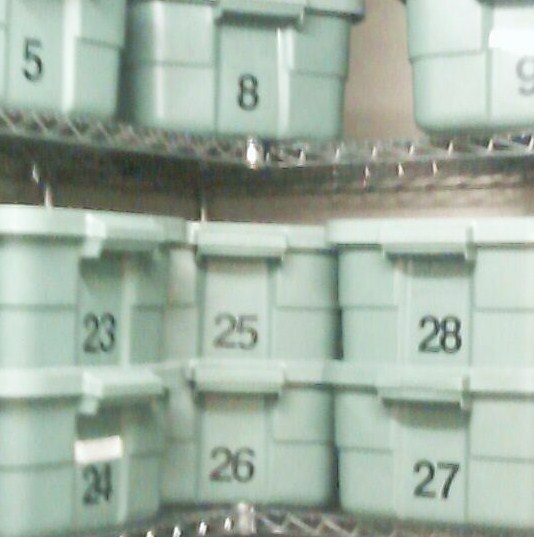 Everything seems to have been thought of in the design of the facility.  There are storage bins or lockers for the guests’ possessions.  There are locked cabinets for guest medications, which each guest can access with his/her own combination lock.  Because of the possibility of altercations at the front desk, there is a private room located just there, where staff or a special responder can engage with an individual without making a scene and compromising privacy; Perry noted how often the fact that there is an audience will escalate an incident, and how helpful it is to remove the possibility of an audience.  In the family shelter space, there is a combo exercise and playroom, where moms can work out on the treadmill while tots are playing house or coloring.

The Rescue Mission does not push a particular religion.  It does have a 30-minute required service daily, and the service is conducted by different denominations each day.  Perry says that he believes that the lack of a spiritual home is one of the contributing factors that he sees in the desperation of his guests, so his mission (or, at least one of them) is to make the spiritual connection.  VEs must engage with some faith-based community to continue the program, which Perry sees as a component of accountability, a means of fellowship, and an opportunity for service and teaching.  (Is the requirement for a Christian community?  I’m not sure and neglected to ask.) 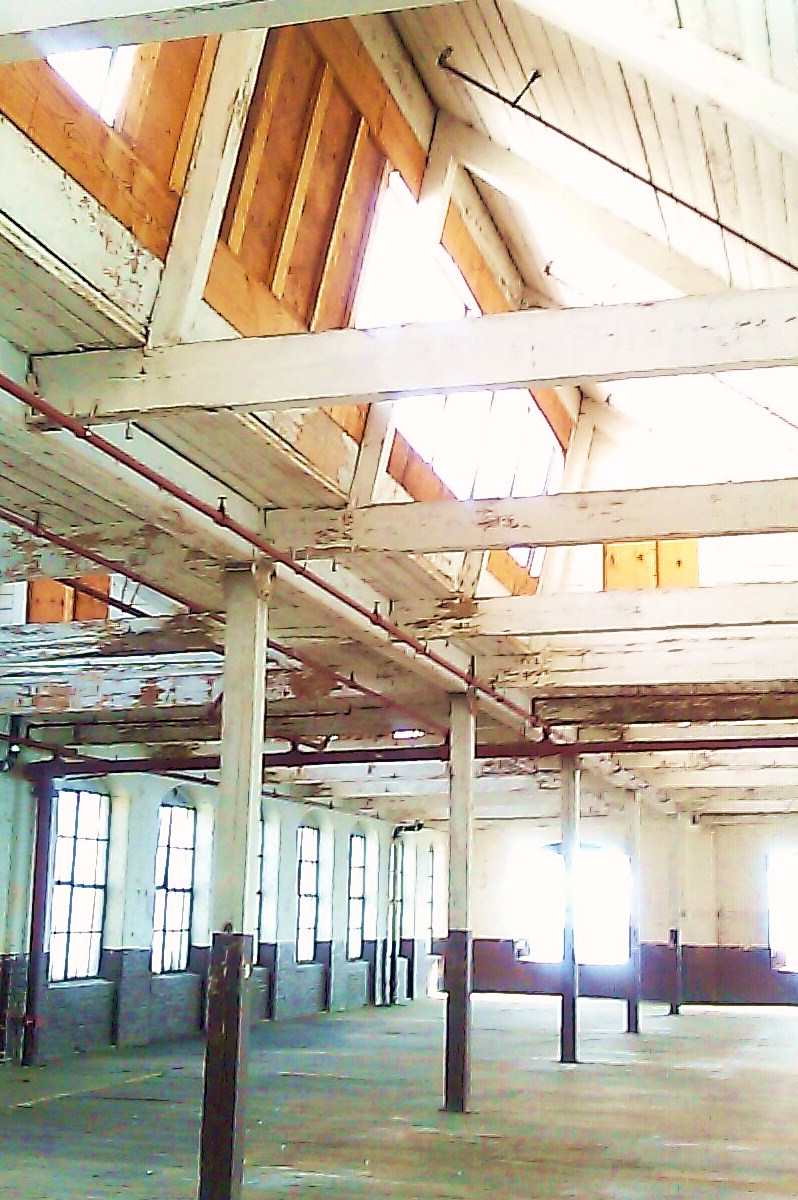 From the perspective of someone who works for a municipality, I found the Rescue Mission’s location one block from an elementary school was one on the most intriguing facts of the day.  Perry said that it was a battle to site the original building, and, in order to do so, the Mission committed to not allowing Level 2 or 3 registered sex offenders to stay at the facility.  (These sex offenders are referred to Albany shelter central intake, which finds an alternate placement.)  But, in addition, the Mission has undertaken a “good neighbor” policy.  As part of the policy, the Mission asks its guests not to loiter in the neighborhood–and the facility itself provides both indoor and outdoor “hanging out” space.  Mission residents regularly engage in neighborhood clean-ups.  And the Mission works closely with local police to monitor the neighborhood.  Both are currently watching a location that’s been used as a (heroin) shooting gallery.  Rescue Mission residents have cleaned it up, and Rescue Mission staff keep an eye out and report suspicious activity in that location to the police; meanwhile, the police are regularly driving by the location.

The Capital City Rescue Mission had to fight (and fight lawsuits) to get into its current location, even though its a very tough part of Albany.  But the Rescue Mission has now transformed several blocks of the neighborhood.  What was once run down is now spruced-up, painted, and kept clean.  The Rescue Mission does its share in addressing drug activity and violence.  As a result, the Rescue Mission, once feared in the neighborhood, is now being encouraged by its neighbors as it seeks to transform a massive 5-story industrial building from blight to a community center and housing for the homeless.