At our progress report event on Monday, Carmelina Rodriguez told her story, which we want to share with you today for both its inspiration and its message:  housing first, and the brighter future follows. 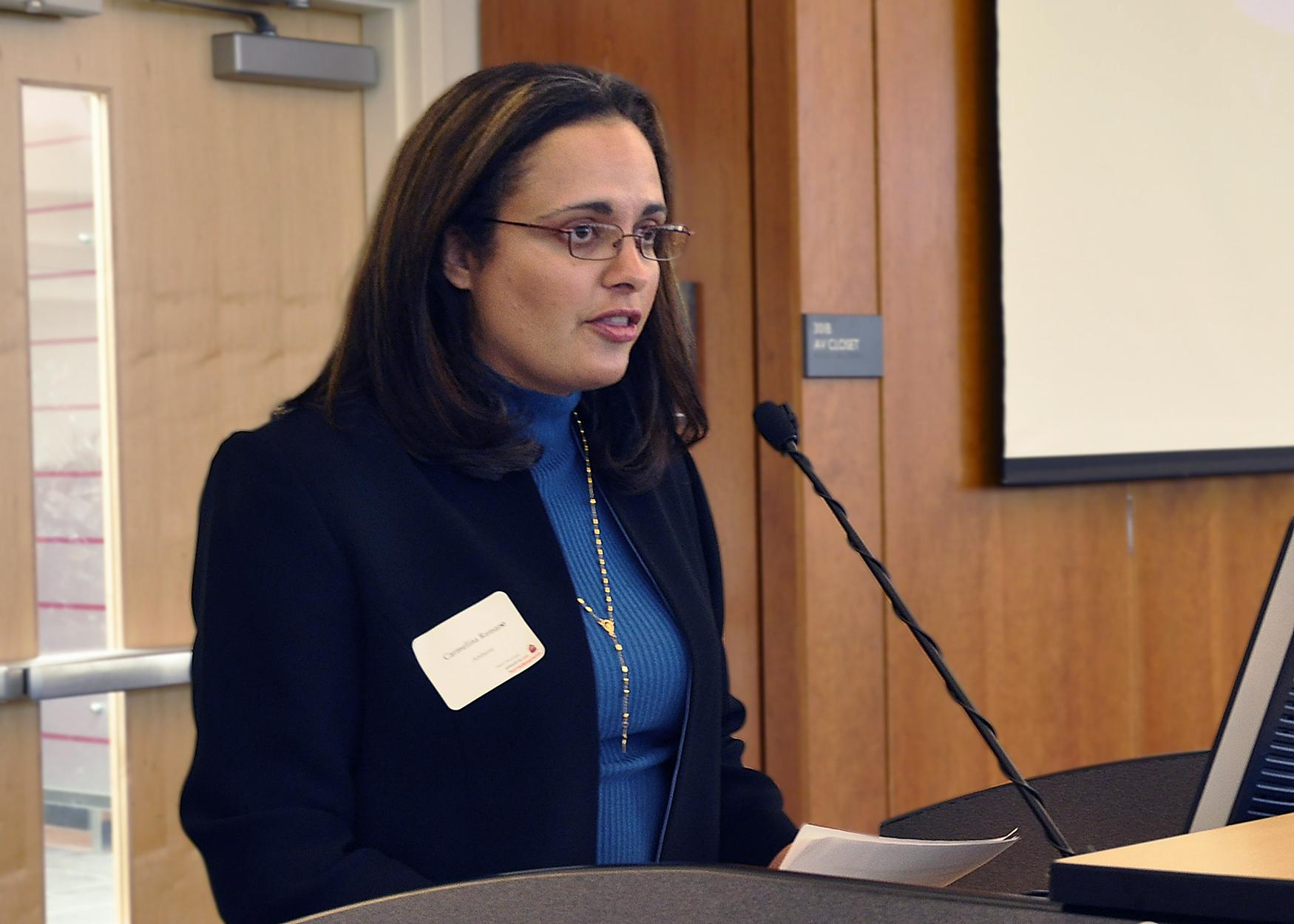 I was born in Santo Domingo, Dominican Republic.  I have two siblings who are older than me.  We moved to Lynn, MA in 1993 when I was 13 years old.  Ours was a normal family and things went well until the death of my father in 1997.

After my father’s death, and while I was still a high school student, it became necessary for me to go to work full-time so I could help my 19- year-old brother help support our family.

I graduated from high school and was ranked 5th in our class of 200 students.  I had been awarded scholarships and financial aid, and was able to enroll at North Shore Community College in Lynn, MA.

In college, I met a young man whom I would later marry.  He was not supportive of my educational pursuits, and envied my efforts.  He persisted until I stopped pursuing my education.   I had a job as a nursing assistant and we moved to Springfield because we could afford to buy a house here and I could get a job transfer as well.  Shortly after the move, I got a job at Citizens Bank.

Over the next 7 years of marriage, I had 2 children, and I suffered physical, verbal and mental abuse.  I lost my self-esteem and was isolated from my family and friends.  I had no money to leave him.

Eventually, I got a restraining order and he was forced to leave the house.  But he left us with plenty of bills and no income, forcing me to file bankruptcy and ultimately leading to the foreclosure on my house.  My children were 10 months and 4 years old.

But God was still with me.  One day I ran into a bank customer and as we were talking, he learned that I was homeless and had no place to go.  He told me he worked at the Martin Luther King Agency and said they had a program that might be able to help me.

Boy – that God is working all the time.

The agency helped me pay rent to live in a duplex house – I had my own yard, my own driveway, a finished basement and what I paid towards rent depended on my income so it was affordable.

With my housing stabilized, I was able to continue school right here at Holyoke Community College.  I went to court, without a lawyer, and got myself a divorce.  I got myself a therapist and began to attend to my damaged emotional health.  My children’s lives became stable, and my grades were good.

After one year, I graduated HCC and applied and was accepted to UMass.  I was able to go, thanks to a scholarship from HCC, as well as UMass and area foundations.

Because of my children and the cost of gasoline, I was worried that I could not commute from Springfield to Amherst every day.  I learned there was student housing for families at UMass, which is where I live now.  I no longer needed the housing assistance from MLK, but I could not have succeeded without their temporary support.

Next month, I will graduate from UMASS with a bachelor’s in business administration and will begin graduate school for a Masters in Accounting on May 24, 2010.

So here I am today, I feel a lot better about myself and my future and my ability to take care of my family.  I now know God is with me always, and has never abandoned me, and I am thankful for being in America, and have a great appreciation that this country had the resources available to help me and my children.

Without a home, I would not have been here speaking in front of you today and about to get a bachelor’s degree in a couple of weeks and become a successful certified public accountant.  To me, home is a foundation to lead you to whatever goals you have in life.  Without having a safe place to live, there is no way a human being can accomplish their dreams.