Yesterday, Springfield Mayor Domenic J. Sarno announced new funding that will put the city one step closer to its goal of ending long-term homelessness. With an investment from the Citizens Bank Foundation, MHSA has pledged $50,000 to the Mental Health Association’s Regional Engagement and Assessment for the Chronic Homeless (REACH) II program, which provides housing and intensive support services for chronically homeless individuals. 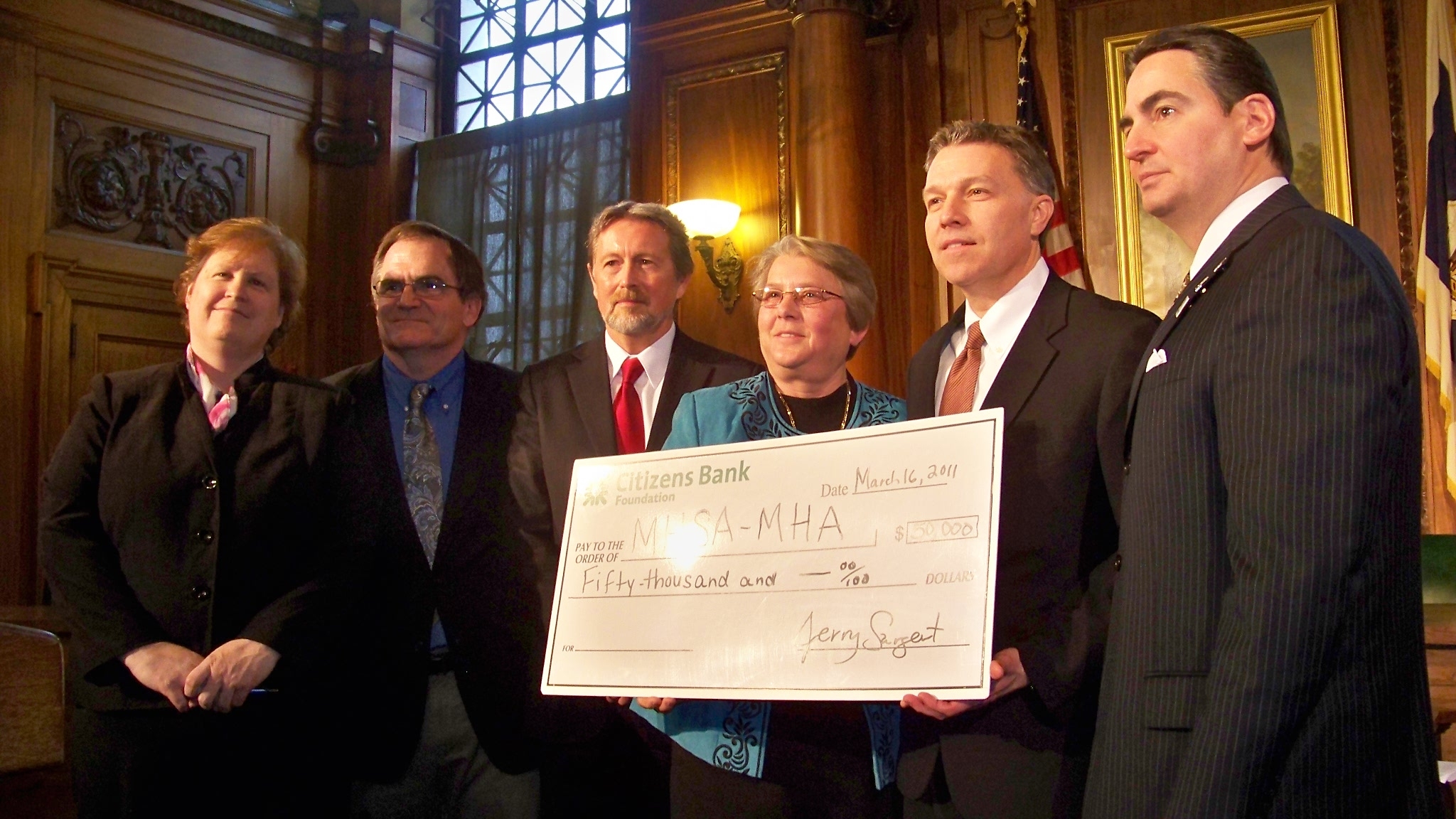 “This new funding to support chronically homeless individuals in permanent housing is an incredible testament by Citizens Bank about their belief in the power of permanent supportive housing to end homelessness and reduce costs at the same time,” Mayor Sarno said. “We are grateful that Citizens, led by President Jerry Sargent, is the first corporate partner in this innovative initiative.”

Springfield is one of two cities in the Commonwealth to receive funding; the Citizens Bank Foundation awarded MHSA a $100,000 grant to target chronic homelessness in both Boston and Springfield. A press conference was held in Boston on March 1 to announce that funding.

“We are pleased to join Mayor Sarno, the Mental Health Association and the Massachusetts Housing and Shelter Alliance in their coordinated efforts to reduce homelessness in Springfield,” said Jerry Sargent, president of Citizens Bank in Massachusetts. “This is an innovative model, providing much-needed support to a very vulnerable population, while also relieving some of the costs associated with care for these individuals. It’s a win-win.”

The press in Springfield turned out in force to cover the event. Visit the below links to listen to radio coverage, read articles and view news clips.